WANT TO SEND ME AN EMAIL?

Hello. My name is Dave and I'm the guy writing all these reviews. 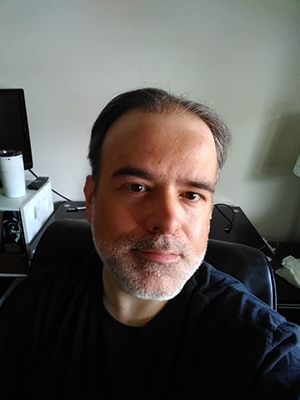 Films That Witness Madness began as a simple blog site back in 2008. Over five years, it grew into a beast I could barely contain. The original site was complicated by design, with multiple front page categories, ongoing review series and a forum. Being the only writer, it became quite the burden trying to make sure content was uploaded in a timely manner and in a quanity large enough to keep the front page from getting stale. I could have just redesigned the site and eased the load that way but... I'm not a smart man. So, in 2013, I shut the doors, allowed the domain to lapse and started a simple Blogger site where I could continue to write reviews of shoddy movies while not worrying about my creative output (or the quality of said output).

So what gives? Why is this site suddenly online again, albeit without ANY of my old Films That Witness Madness reviews? Well, simply put, Blogger is garbage. The comments I was receiving on my reviews all assumed I needed penis enhancement pills or wanted a Russian bride. There have been updates to Blogger (or at least I assume so because I never once received an email from Google) that have outright broken the structure of the blog.

Visual design was also a pain in the dick. There isn't any, just a few templates to play around with. I got bored of the spam and bored of the restrictions. So, I decided to look and see if the old domain name had finally gone back up for sale (for awhile it directed people to some online gambling site) and lo and behold there it was. I snapped it up, spent two days putting this site together in Notepad++ and here we are.

It's doubtful this incarnation of Films That Witness Madness will ever grow into such a magnificently complicated beast as the last one. I've kept a simple blog style for the site, one that's easy to read for you and easy to manage for me. But I've discovered other interests in the years since I closed the old site down, such as audio blogs and homemade commentary tracks for films I enjoy. So while the site is now simpler, the content will be much more diverse in the months ahead.

I will leave my old blog - which was titled You Have Died of Dysentery - active. There's a link up above if you'd like to check it out or just click the REVIEWS link in the navigation bar to see what films I have reviewed over there.

If you have any questions, comments, or have a film you'd like me to review, feel free to

by clicking that link. Or if you want to do it the old fashion way, just send it to filmsthatwitnessmadness@gmail.com and we can chat a bit that way.

So thanks for popping by. Hopefully I can amuse you in the future.