GODZILLA RAIDS AGAIN was a box office success in 1955, less than a year after GOJIRA was unleashed onto the movie going public. Tomouki Tanaka, the Toho producer responsible for the GODZILLA films, was keen to continue his kaiju assault on the Japanese audiences, commissioning a new story that would feature a never-before-seen monster terrorizing the public. The story responsibilities fell into the lap of Ken Kuronuma, a popular science fiction and thriller author. Taking inspiration from the death of a Kentucky National Guard pilot, Thomas Mantell, whose plane crashed during his supposed pursuit of a flying saucer over Franklin, Kentucky, Kuronuma’s treatment featured something fresh and exciting, a flying monster.

RODAN begins in the village of Kitamatsu, a mining community. After a flood wrecks a portion of the mine, two men go missing. A search party turns up the corpse of one of the men, Yoshi. The other, a man named Goro, is presumed to be dead. While doctors are baffled by the injuries to Yoshi’s body, the solution to the mystery soon rises up from the ground. Large wingless insects called Meganulons (essentially prehistoric dragonfly larvae) begin crawling from the ground, terrorizing the village. The local police are able to repel the creatures, but that is just the start of their troubles.

An unidentified flying object is spotted over the skies of Kyushu. The military attempt to destroy the object fails and panic about a possible secret test weapon, from this world or another, begins to spread. When a couple of newlyweds are discovered dead on the dormant volcanic Mount Aso (which looms above Kitamatsu), authorities bring their camera back and examine the film, discovering what the couple had seen moments before they were killed. A tip of a wing and a large claw. A scientist believes that a pteranodon, a flying reptile thought to have gone extinct millions of years ago, might be what was captured on film. This hypothesis is confirmed when Goro is discovered, alive but suffering from shock induced amnesia. When he regains his memory, he confirms that what he saw in a large chamber beneath Mount Aso was a pteranodon egg. Right before his eyes, the egg hatched and a beast they now call Rodan emerged.

Tanaka was not taking chances with this new property. He brought back GOJIRA director Ishiro Honda, special effects supervisor Eiji Tsuburaya and composer Akira Ifukube, and gave them a budget slightly higher than GODZILLA RAIDS AGAIN. Keen to please the audience that flocked to the previous GODZILLA films, the tone of RODAN was kept serious with the drama played perfectly straight and the inevitable loss of life portrayed in shockingly graphic fashion. Far from the reasonably safe fantasy of their next film, THE MYSTERIANS, RODAN keeps with the tradition of GOJIRA, presenting us with a film that feels like a natural disaster movie, replete with bloody corpses, widespread devastation and more than a few genuinely tense moments.

Shame then that the pacing of the film is so damn problematic. Pacing has always been a problem with Japanese monster films. Because the scenes of monster attacks and battles were expensive and time consuming, most films reserved those sequences for the end, with just a little monster action in the middle to remind you that there is a great, big beastie stomping around. To compensate, the films fill out their narratives with human dramas or, as is often the case, science fiction stories, usually about aliens trying to invade the planet. That particular strain of narrative would not become common place for another few years after RODAN and as a result, the films directly after GOJIRA tend to feel emptier than say GHIDORAH, THE THREE HEADED MONSTER or LATITUDE ZERO. What we have in place of action in RODAN is military planning, lots of looking out of windows and a subplot with Goro that basically goes nowhere, only existing to confirm what the characters already suspect and would have found out on their own anyway. 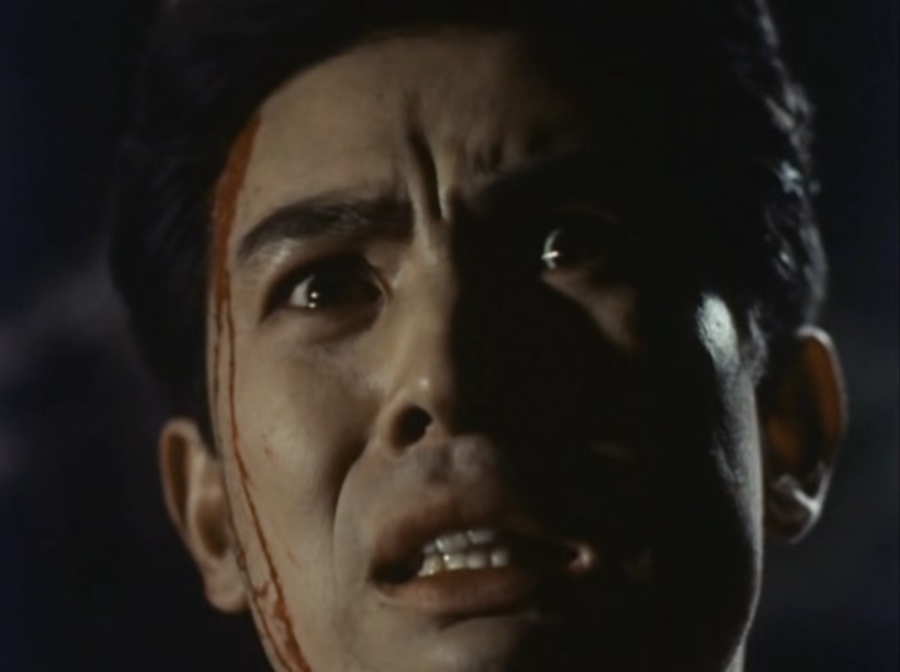 But the monster action is where these films rise or fall and RODAN really is something special. Despite the ever-present, never-quite-hidden suspension cables, the design of Rodan is great, much better than the Rodan that would end up in numerous GODZILLA films. Honda and Tsuburaya really had their hands full with trying to create the illusion of a flying beast and while they’re not always successful (most of the flying scenes of Rodan are just long-range footage of jets flying through the air), Rodan feels like a living, breathing beast and not just a man awkwardly crammed into what must have been a very uncomfortable suit. What might surprise you is that there are two Rodans in this film, not just one. The finale features the military blasting the hell out of the Rodans as they sit in their nests at Mount Aso, eventually causing the dormant volcano to explode. The deaths of the Rodans in this scene, burned to death as they first try to escape then try to rescue one another, are surprisingly moving. It’s rare that I feel awful for a rubber suit monster. Had the monsters not been effectively designed and portrayed, the ending (which is more or less the same ending as the one in GODZILLA RAIDS AGAIN) would have felt pretty interminable, just three straight minutes of rockets slamming into rock, but the final moments of RODAN are done extremely well, one of the few monster movies since KING KONG that feels kind of tragic in the end.

That isn’t to say that the Rodans don’t deserve to be blasted to hell. The destruction caused by these winged beasts is impressive as always. Far from the stomp and smash tactics of Godzilla, Rodan causes destruction simply by flapping its wings, unleashing powerful gusts of wind. The scenes of rooftops flying through the air, automobiles and tanks being swept away, and blown telephone lines igniting nearby buildings… it’s just glorious to watch. Japanese kaiju movies are always great fun (except for GOJIRA which is as depressing as it is terrifying) and I think a lot of the entertainment value comes from being keenly aware that what you’re watching is just a bunch of models and toy cars being tossed around.

The campiness of the presentation oddly enough serves to elevate the usually serious minded messages beneath the surface of the films. They sneak in even as you’re distracted by the colorful rubber monsters and hyperbolic destruction of model cityscapes. People usually laugh at me when I tell them how much I love Japanese monsters movies, dismissing my opinion that these films operate on levels higher than Saturday morning camp, while simultaneously failing to see that these films operate on the same level as most Pixar movies. The narratives are interesting enough to ignore the lapses in reality based logic and the messages can sometimes be resonant enough that you’re all too happy to look past the fact that the “people” you’re so invested in are just talking fish.